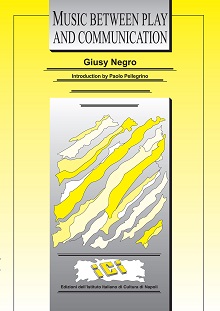 The educational models by E. Pestalozzi, J.F. Herbart, F. Fröbel and other scholars share the same rejection of abstract teaching, the request for concreteness in learning, the insistence on the necessity of adapting teaching to pupils’ physical and mental development and to their interests and needs as well. Hence the stress on intuition, which Pestalozzi regards as the basis for knowledge, the call for spontaneousness (which may seem ingenuous today, as it reminds us of the myth of “natural knowledge” as enunciated in Rousseau’s Emil), the insistence on children’s characteristic way of learning and on the role of games in forming their personalities (as theorized by Fröbel). These models also share the belief that the mind of a child is not a tabula rasa where anything can be written, but a store of prior knowledge to which educationists should refer as a point of departure.

Art activities are considered as essential as science for the development of personality. Scholars are far from the old imitative principles and the old conception of teaching as they state that art education “starts from the use of the senses, organs and limbs” (hence the need for “elementary exercise”, cf. Pestalozzi) or as they point out the effectiveness of games for training children to rhythm and singing (Fröbel).

Music – as well as the other forms of art – is considered a synthesis of the senses and the inner life and a means of expressing one’s own corporeity, affectivity and intelligence. Through music we gain self-awareness and fulfil ourselves in the social context we belong to at the same time. In the last chapter the Author stresses the positive and invigorating effects that music has on children with regard to perception, affectivity, motivation and creativity. She brings honour to some pioneering intuitions by Ferrante Aporti, Rosa Agazzi and – in particular – Maria Montessori, who insisted on sound perception as the basis for a good understanding of music.

This introduction is an attempt to clear up the purpose on which Giusy Negro wrote her book, which alternates reflections upon music with methodological suggestions for teaching. The essay is organized into thematic blocks that may seem not strictly interrelated from a formal point of view. Such a structure probably reflects the Author’s personality and her interests. A guiding thread is to be found in it, however: the ambivalence of music, which can act as a game and a powerful instrument of communication at the same time. Hence the spin-off it provides for clinical medicine (music therapy) and education. The Author displays a clear understanding of the world of sounds and a profound passion for teaching in this book. She will certainly carry on her research work with interesting results.